2000 – DMT: The Spirit Molecule Book is Published and Inspires a Generation

Based on psychiatrist Rick Strassman’s research in the 1990s on the effects of the psychedelic molecule DMT on humans, the book “DMT: The Spirit Molecule: A Doctor’s Revolutionary Research into the Biology of Near-Death and Mystical Experiences” deserves its long title.

Among its pages are a kaleidoscopic window onto hundreds of high-dose DMT experiences. It includes many stories and accounts of the bizarre and awe-inspiring worlds encountered by healthy volunteers who had just had the powerful substance injected into them. While it might sound like science fiction, this research project was welcomed by the University of New Mexico where Strassman led a government-approved and funded clinical study on the biological and psychological effects of DMT between 1990 and 1995.

DMT holds a special place at the mythical heights of psychedelic menus, according to many enthusiasts. It has spawned a massive cultural response across the arts and among performers interested in psychedelic consciousness. Part of the reason is because DMT can be smoked at extremely high doses that transform consciousness to alien-levels for just a few minutes. The “psychonaut” blasts into inner space and then lands back to completely normal consciousness after only 20 or 30 minutes.

DMT’s strange effects were first cemented into scientific research in 1956 when the Hungarian chemist Stephen Szára tested DMT on himself. A decade or so later, most psychedelics became highly illegal substances in the US as a result of the Controlled Substances Act of 1970, and a year later, DMT became illegal internationally.

The widespread prohibition of psychedelics essentially brought a halt to psychedelic research. The legal status of DMT meant that during the 1990s Strassman had to jump through many hoops to get approval and funding for his study; a process lasting two years. In DMT: The Spirit Molecule, he describes the long and difficult process of trying to get government approval for his study. It involved many interactions with the Human Research Ethics Committee, the FDA, the DEA, and other institutions.

Once he obtained approval and began the study, Strassman became the first researcher in the US to legally administer a psychedelic to human subjects in 20 years. This study has been hailed by some research enthusiasts as kicking-off the “psychedelic renaissance”, the period from the 90s up until now, which has involved a surge in psychedelic research.  This surge includes psychedelic research projects at leading universities around the world, and also among passionate underground networks, such as the Entheogen Review, and the internet forum DMT Nexus.

Over a period of five years, Strassman administered around 400 doses of the DMT molecule to 60 volunteers in his university research project. He administered the compound at first through intramuscular (IM) injection and then switching to intravenous (IV) injection. Strassman also experimented with a wide range of doses, from as low as 0.04mg to as high as 0.6mg per kilogram of weight of the patient. He delivered the large 0.6mg/kg dose of the DMT molecule to only two participants, Nils and Philip. Their DMT experience was extremely intense and hard to remember. Strassman decided, then, this dose was too high, making the maximum dose in his study 0.4mg/kg.

Strassman noted the hallucinogenic effect occurred in the range 0.2mg/kg to 0.4mg/kg. 0.4mg/kg was still, nonetheless, a high dose and led many participants to have intense experiences. The scientist jumped across the mores of science and called DMT the “spirit molecule” as a result of his research. He found DMT had the ability to induce spiritual experiences. Participants reported experiences such as visions, powerful emotions, disembodied consciousness, and contact with entities, sometimes referred to as “DMT elves”. These DMT entities are partly what make the DMT experience so unique.

When describing their DMT experience, participants said the DMT entities they met were like “jokers”, “clowns”, “cartoonlike people”, “aliens”, “guides”, “helpers”, “reptiles”, “mantises”, and “bees”. Contact with what appear as willful, independent persons of a different nature to humans, but nonetheless with their own thoughts, intentions, and actions, was extremely common. Encounters with DMT entities were reported by more than half of the volunteers. In his book, Strassman said he was:

“neither intellectually nor emotionally prepared for the frequency with which contact with beings occurred in our studies, nor the often utterly bizarre nature of these experiences. Neither, it seemed, were many of the volunteers, even those who had smoked DMT previously.”

In DMT: The Spirit Molecule, Strassman describes DMT as “the simplest psychedelic”, saying that DMT:

“exists in all of our bodies and occurs throughout the plant and animal kingdoms. It is a part of the normal makeup of humans and other mammals; marine animals; grasses and peas; toads and frogs; mushrooms and molds; and barks, flowers, and roots.”

DMT is also known to be a short-acting substance, with a rapid onset and effects lasting up to 15 minutes, depending on the dose, of course. Strassman explains:

“Once the body produces or takes in DMT, certain enzymes break it down within seconds. These enzymes, called monoamine oxidases (MAOs), occur in high concentrations in the blood, liver, stomach, brain, and intestines. The widespread presence of MAO is why DMT effects are so short-lived. Whenever and wherever it appears, the body makes sure it is used up quickly.”

This contrasts with ayahuasca, which contains DMT but also monoamine oxidase inhibitors (MAOIs). These MAOIs, found in the Banisteriopsis caapi vine used in the ayahuasca brew, allow DMT to become orally active. If you consumed only the DMT-containing plant (Psychotria viridis) used in the preparation of ayahuasca, no effects would take place, as the MAOs in the body break down the compound.

Strassman’s book on the DMT molecule and DMT elves sparked a huge interest in this substance in the general public. Strassman’s study and book were turned into a documentary of the same name as the book. Released in 2010, the documentary featured interviews with the study participants and Strassman, as well as a number of high-profile psychedelic researchers and writers, such as Erik Davis, Graham Hancock, Roland Griffiths, Daniel Pinchbeck, Ralph Metzner, David E. Nichols, and other ayahuasca luminaries, such as Dennis McKenna who pioneered studies on the synergistic effects of DMT and ayahuasca, and the health effects of long term ayahuasca use, and Jeremy Narby whose book The Comic Serpent helped popularize ayahuasca in the late 1990s.

The Spirit Molecule Facebook page for the documentary became perhaps the largest media outlet for psychedelic information on the Facebook platform during 2014 to 2020.

A decade or two earlier, Strassman co-founded the Cottonwood Research Foundation in 2007. It is an organization that aims to better understand consciousness through the effects of psychedelics. In 2013, the Foundation published a study, led by Strassman, showing that DMT had been found in the pineal gland of live rats.

In his book, Strassman highlighted that “the pineal gland [in humans] contains the necessary building blocks to make DMT.” However, as of right now, there is no evidence yet that the pineal gland does – or can – naturally produce the amount of DMT needed to produce experiences like NDEs or dreaming. Nichols, who produced the DMT used in Strassman’s study, said in an article published in the Journal of Psychopharmacology:

“The rational scientist will recognize that it is simply impossible for the pineal gland to accomplish such a heroic biochemical feat.”

“Although the romantic notion that DMT is released from the pineal gland to produce altered states of consciousness at various times of stress is appealing to some, more well-studied systems provide more sound explanations for out of body experiences.”

Whether or not Strassman’s pineal gland hypothesis turns out to be true, his book on DMT has certainly helped to enrich our understanding and spread awareness of this strange, powerful, and unique compound.

DMT also has a rich and complex cultural history, such as when the beatnik writer William Burroughs injected DMT into the muscle of his bum, and when the substance inspired psychedelic musicians, comedians, and others in the 1960s. For a colorful and incredibly in-depth look at this kind of thing, check out Graham st. John’s book Mystery School in Hyperspace: The Cultural History of DMT. 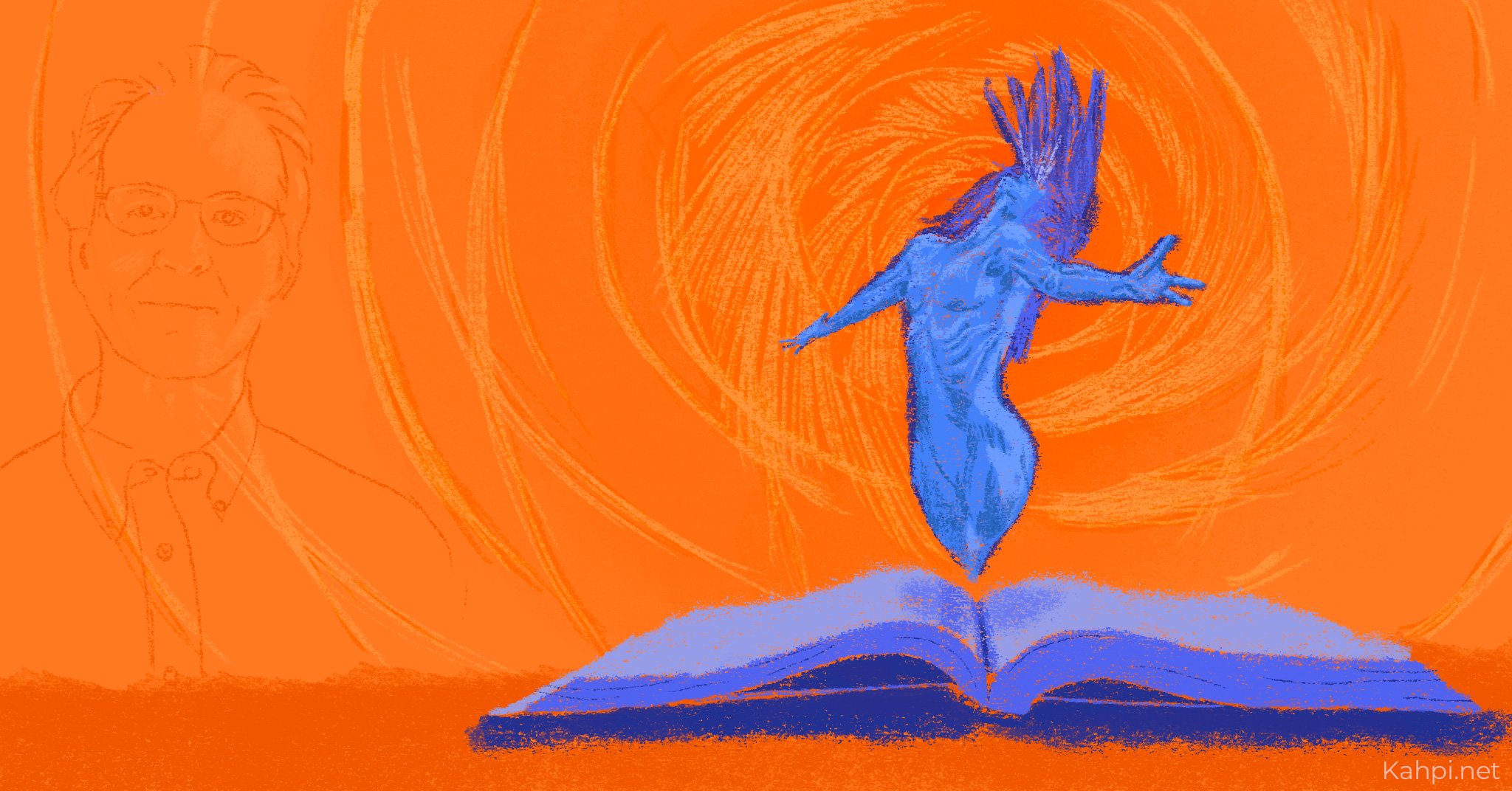 2000 – DMT: The Spirit Molecule Book is Published and Inspires a Generation